The corpse of Kodak coughs up another odd partnership - Mgeeko

Accueil News The corpse of Kodak coughs up another odd partnership

The corpse of Kodak coughs up another odd partnership : 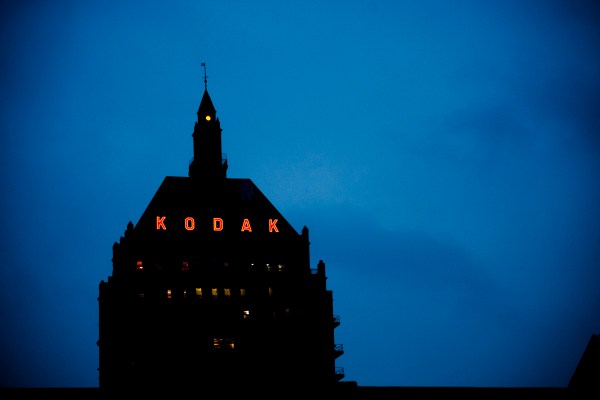 Kodak isn’t feeling very well. The company, which sold off most of its legacy assets in the last decade, is licensing its name to partners who build products like digital cameras and, most comically, a cryptocurrency. In that deal, Wenn Digital bought the rights to the Kodak name for an estimated $1.5 million, a move that they hoped would immediately lend gravitas to the crypto offering.

Reader, it didn’t. After multiple stories regarding the future of the coin it still has not hit the ICO stage. Now Kodak is talking about another partnership, this time with a Tennessee-based video and film digitization.

The new product is essentially a rebranding of LegacyBox, a photo digitization company that has gone through multiple iterations after a raft of bad press.

“The Kodak Digitizing Box is a brand licensed product from AMB Media, the creators of Legacy Box. So yes, we’ve licensed the brand to them for this offering,” said Kodak spokesperson Nicholas Rangel. Not much has changed between Kodak’s offering and LegacyBox. The LegacyBox site is almost identical to the Kodak site and very similar to another AMB media product, Southtree.

The product itself is a fairly standard photo digitization service although Southtree does have a number of complaints including a very troubling case of missing mementos. The entry level product is a box into which you can stuff hundreds of photos and videos and have them digitized for a fee.

Ultimately it’s been interesting to see Kodak sell itself off in this way. Like Polaroid before it, the company is now a shell of its former self and this is encouraging parasitical partners to cash in on its brand. Given that Kodak is still a household name for many, it’s no wonder a smaller company like AMB wants hitch itself to that star.

Also : Kodak Is a Walking Corpse of a Company and That Makes Us Sad