How the Apple Watch changed the world - Mgeeko

Accueil Gadgets How the Apple Watch changed the world

How the Apple Watch changed the world : In 2015 Switzerland was fucked. This blunt belief, grunted out by Apple’s Jony Ive and repeated by the media as a death knell for the watch industry, seemed to define a sad truth: that the Swiss watch was dead and Apple pulled the trigger.

Now, three years and four Apple Watches later, was Ive right? Did Apple change the world? And, most importantly, did Switzerland survive? 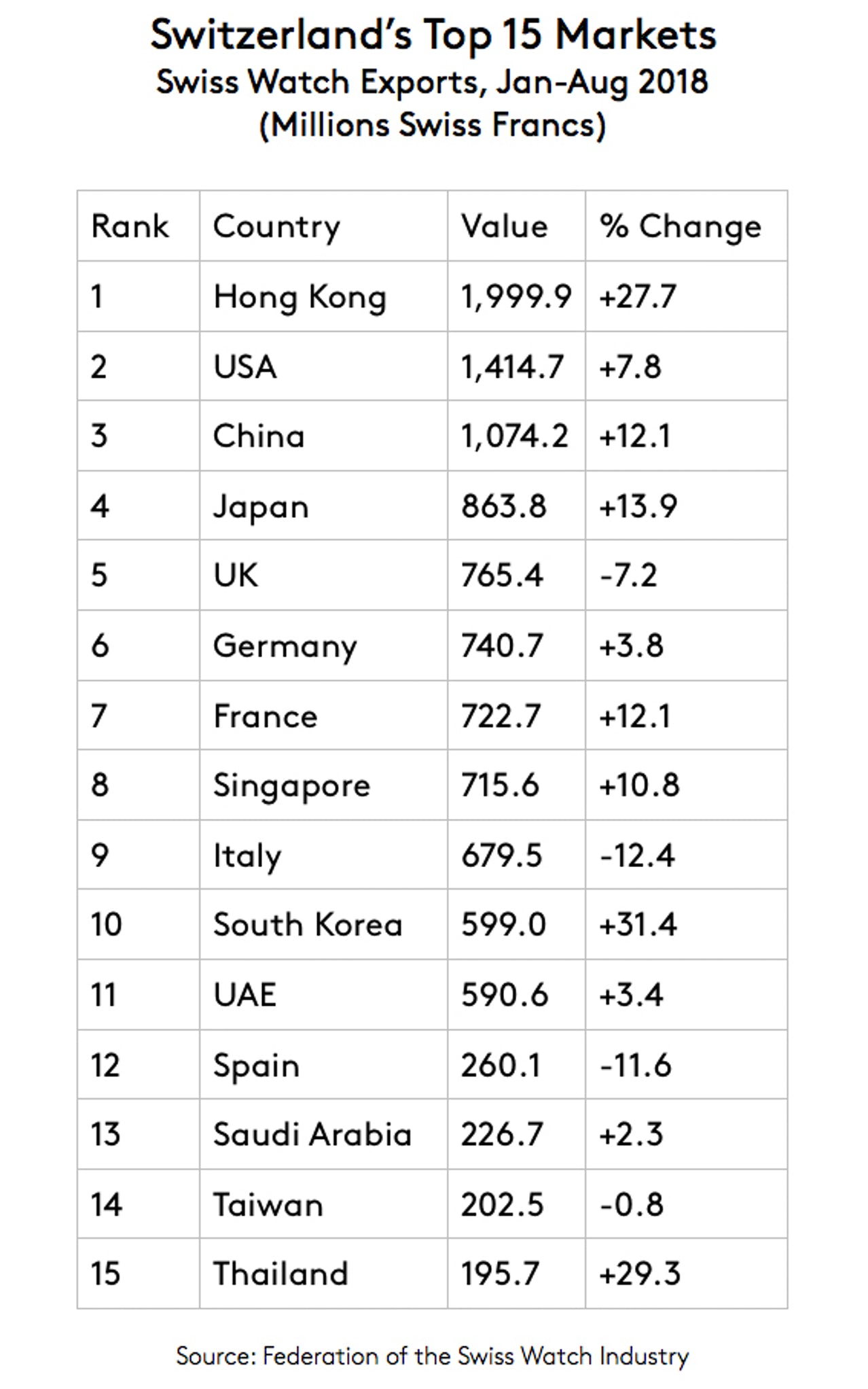 As you might have noticed the Swiss watch industry is still standing. The major Swiss houses – LVMH, Richemont, and Swatch Group – are seeing a major uptick in sales, especially in the US. According to the Federation of the Swiss Watch Industry, sales are up 5.5% year-over-year, a bit of news that was, amusingly, almost buried by the onslaught of Apple Watch Series 4 reviews.

This increase of US sales bucked a major trend this year and one market insider, who preferred to remained anonymous, noted that all of his sales contacts are seeing increased sales in the $3,000 and above watch category. While the low-cost fashion watches were, as he said, “decimated,” the luxury market is growing. But why?

“You know we saw an end of the year that was very strong – double-digit growth – and now it continues, so every month is a record month for us,” Swatch Group CEO Nick Hayek told CNBC. In short, the industry is back from an all-time low after the recession.

Watch analysts believe that Apple created a halo effect. Of the millions of people who bought and wore an Apple Watch, a majority had never worn or thought about wearing a watch. Once they tried the Apple Watch, however, and outfitted it with leather bands, fancy Milanese loops, and outfit-matching colors the attitude changed. If wearing watches is so fun and expressive, why not try other, more storied pieces? The numbers are hard to find (watchmakers are notoriously secretive) but I’ve found that my own watch obsessives site, WristWatchReview, saw a solid uptick in traffic in 2015, one that continued, for the most part, into 2018. One year, 2017, was considerably lower because my server was failing almost constantly.

What does this mean for the watch? First, it means that, like vinyl, a new group of obsessives are taking up the collector’s mantle after discovering the implicit value of more modern forms of the same thing. An Apple Watch is a gateway drug to a Tissot which is a gateway drug to a classic tropical Rolex Submariner on a signed band just as your first Radiohead MP3 leads to buying a turntable, an amp, a Grado cartridge, and a pressing of Moon Shaped Pool.

“In high school I wore a pebble for a while,” said Brady, a 20-year-old college sophomore I spoke to. “As an easily-distracted high school student, even though this wearable was very primitive tech, it consumed a lot of my attention when it wasn’t appropriate to be on my phone – which meant also not appropriate to be on my watch. I then shifted to Nixon quartz ‘fashion watches ‘and i was happy knowing they kept good reliable time. Then I got a Seiko SNK805 automatic. I don’t have a single non-mechanical watch due to my respect for the craftsmanship!”

Wearables are changing, as well, pushing regular watches back into the spotlight. As Jon Speer, VP at Greenlight.Guru, most wearables won’t look like watches in the next few years.

“I predict the next generation of wearables to blur the lines between tech accessory and medical device. These ‘devices’ will include capabilities such as measuring blood pressure, blood sugar, body temperature and more,” he said. “The FDA is working closely with industry partners to identify common roadblocks to innovation. The De Novo Program, the classification Apple pursued for the Apple Watch, is the category for medical devices that don’t fall within an existing classification. As we blend medical technology with consumer technology, I foresee the De Novo program being utilized by companies such as Fitbit and Garmin. As a consumer, I’m very excited for the potential and advancements.”

Thus the habit of wearing watch might stick even as the originators of that habit – a little square of steel and glass strapped to your wrist – disappears.

The new Apple Watch is very positively reviewed and Android Wear – as evidenced by companies like Montblanc selling very capable and fashion-forward smartwatches – is still a force to be reckoned with. Further, not everyone falls back into watch wearing after trying out the thing Jony Ive said would fuck Switzerland.

Watches are an acquired taste like craft beers, artisanal teas, and other Pinterest -ready pursuits. Sometimes simply strapping one to your wrist isn’t enough.

“I got the first gen Apple Watch,” said entrepreneur David Berkowitz. “I loved it, and then I stopped wearing it a bit. As I did, I lost the charger and never bothered replacing it. I haven’t worn it since and haven’t seriously considered getting a new one.”

“I’m just not that customer,” he said.

Read More : Enabling the Apple Watch ECG feature outside of the US might be a piece of cake

Also : You’ll be able to enable Apple Watch 4’s ECG outside the U.S.

Google makes it easier to delete your search history

Anker’s tiny new Atom PD 1 fast charger may be the...